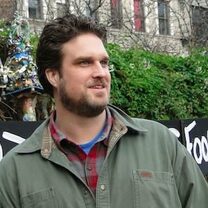 Dave Murphy is the founder and executive director of Food Democracy Now!, a grassroots movement of more than 650,000 American farmers and citizens dedicated to reforming policies relating to food, agriculture, and the environment. Murphy has been called “the most crucial and politically savvy actor in the ongoing efforts to help move American agriculture into the 21st century” as a result of his Sustainable Dozen campaign, which resulted in four candidates being placed in high level positions at the USDA, and his efforts to reform food and agriculture under the Obama administration. In 2006, Murphy moved back to Iowa to help stop a factory farm from being built near his sister’s farm. After seeing the loss of basic democratic rights of rural Iowans, Murphy decided to stay in Iowa to fight for Iowa’s farmers and rural residents and expose the flaws of industrial agriculture to help create a more sustainable future for all Americans. In 2007, Murphy organized the Food and Family Farm Presidential Summit, where 5 of the 6 Democratic candidates pledged their support to help save family farm agriculture, and he filmed then-Senator Barack Obama’s now famous promise to Iowa farmers to label genetically engineered foods. Previously, he has worked as an environmental and food policy lobbyist and political strategist. His writing has appeared in The Nation, The Hill, The Huffington Post, and The New York Times.
Learn More